My 2017 to 2020 years have been interesting, to say the least.  I respect the little voice inside my head, especially when it comes to my health; it rarely is wrong. One day, in March 2017, I was sitting quietly when a conversation started up in my head.  Usually, it’s just me listening to my inner voice talking.  But this was not a typical internal conversation; three voices seemed to be involved — my typical inner voice, which was speaking to another voice, which I’ll call my soul’s voice; and me consciously listening and observing as a third person.

As I sat there, I listened to my soul’s voice telling my inner voice all the problems and injuries that I’ve had, one by one, and how it’s helped me learn to help other people. For example, it said, you broke your back, so you understand the pain people are in and how to help them.  You tore the cartilage in your knees, and so on.  This went on for a while.  Then the soul’s voice said, “you are going to have cancer in order to prove you can heal yourself of cancer. “

At this point, I was no longer silently listening. “No, that’s not going to happen, cancel, cancel, cancel,” I said.  I imagined stamping a red cancel symbol three times to nullify it. I abruptly got up and went to get work done.

Two weeks later, I had decided to get a full blood panel. I wanted to try out a new supplement that naturally increased growth hormone production and it had interesting research.  I wanted to see if it actually would work, using myself as a Guinea pig.  That meant getting before-and-after hormone levels.  At the last minute, before getting the blood drawn, I thought to myself, “you’re over 50; you should do a PSA test.” I added it onto my blood panel.

Much to my surprise, because I thought I was so healthy, several items were out of balance.  This included high estrogen and a high PSA of 8.9.  Several things can cause a high PSA, namely infection, inflammation and cancer, to name a few.  I was a little alarmed at the results, but decided to stop all my supplements and redo the test in a week.  Unfortunately, it came back even higher at 9.8 (a normal PSA reading is less than 4).  This time, I also added PSA with a percentage factor, and it came back with a greater than 56% chance of cancer.  I thought, “great, that conversation in my head about having cancer is already showing up”.

I didn’t stress out about it.  I figured I helped my dad heal from both esophageal and prostate cancer, so no big deal.  I figured that, if it was cancer, I could get rid of it in three months.  I went to an urologist to rule out other causes, and he gave me nothing but doom and gloom.  Since everyone in my family had contracted cancer of some sort, he said, “you just got dealt a bad deck of cards.”  So I went to another urologist and oncologist … and listened to more doom and gloom.  I rejected doing a biopsy for several reasons, but mainly I wasn’t planning to do a prostatectomy.

Eventually, a bone scan and MRI detected a small tumor (early on) with a mildly enlarged prostate.  The first thing the oncologist said entering the room with the results was “you were right we wouldn’t have found it on biopsy because it is so small and lateral.”  Prior he was already suggesting removal of the prostate. I responded: “Great! Let’s just do watch-and-wait while I work with supplements and other therapies and see if it progresses.”  This is one treatment choice in non-aggressive prostate cancer. The oncologist wasn’t happy about the idea and recommended surgery.

Moving into 2019 I stepped on the path of watch and wait with regard to prostate cancer. I decided I had to work on my immune system, not the cancer.  I understood a lot more about holistically healing cancer from a documentary series that a patient told me about,  Quest for the Cure Continues, from the Truth About Cancer.  It completely shifted the way I looked at and ultimately treated my cancer.  Cancer is, more than anything, a sign or symptom that something is wrong with the immune system.  If you catch it early enough, you can fix the immune system and it will resolve the disease. If it’s further along, then you may also need more invasive procedures to stop the symptoms, but you still have to treat the immune system — or the cancer will come back.

I continued to work on my immune system, eat organic (as much as possible), stay away from added sugars, and keep the gates (skin, lungs, kidneys, GI system including liver) open so the body can continue detoxing.

A year later, October 2018, I had another MRI.  There was no progression of the tumor; in fact, the MRI showed a reduction in the size of the prostate back to normal.  I was happy!  I had felt that I was done with prostate cancer! The oncologist, however, said, “Well, we can’t make any definite conclusions, I would still, based on my training and everything I know, recommend removing the prostate with surgery.”

However, not long after that MRI in 2018, my office flooded a few times.  It was an unusual rainy season.  A few months later it was revealed that there was some mold in the walls. After a few months of construction I was able to return to the office.  In the summer of 2019, I had developed eczema. I had previously linked this condition in the past to leaky gut and mold exposure so I decided to do some laboratory testing on myself.  Just to see if I was ‘crazy.’  I had felt that my original cancer came from a previous heavy mold exposure, but could not find a doctor who would consider that as a cause for cancer.  I received my labs back and found that I had 3 separate types of mycotoxins from 2 different types of mold.  One of these toxins was double the normal high level while the other was quadruple the high level.  The main side effect of these toxins besides inflammation was immune suppression.

I found little help in what to do about this mold exposure or how to remove it from my body.  Primarily I used oregano oil.  Unfortunately, a few months later I went in for yearly MRI to check on the cancer, which I thought was probably dead, had suddenly become super aggressive, filling the entire prostate with Gleason Scale 9 out of 10, Stage IV cancer, with no curative treatments available to me.  Any treatment would be considered only palliative, i.e. prolong death, reduce pain, etc. I was given the prognosis of 3 to 5 years to live.

I decided to take Androgen Deprivation Therapy to give me some time to work on myself.  This treatment resulted in wiping out my testosterone completed, but dropped my PSA < .1   The main side affect is hot flashes about every 2 hours and waking up to cool off.  Low testosterone can also lead to extreme fatigue, depression and loss of libido.  A prostatectomy was no longer an option as the cancer was already spread to the pelvic lymph nodes.  I decided to work with a friend of mine to do a documentary on the subject of prostate cancer, as there was a lot of misinformation and missed testing that could have been done early on.  I wanted to help get the message out there to help other men about what to do, what to ask for and how to keep the ball from being dropped in the medical community. I also decided to get certified as a cancer couch to support both prostate and testicular cancer affected persons.  It’s now 1 in 7 men get prostate cancer and if you get it under the age of 60 it’s mostly likely an aggressive form of cancer.  Nobody told me this.  I had learned 20+ years early back in school that prostate cancer is mostly a slow growing cancer in elderly men.  I was taught that you were most likely to die of old age before dying of prostate cancer.  That’s simply not the case any more.

Then Covid-19 hit and derailed doing the documentary, squashed most of my good eating habits and created a more uncertain future.  However, with all this doom and gloom, I made a conscious choice not to fall victim to fatigue and depression, which are byproducts of no testosterone, by exercising regularly and choosing not to over react to the pandemic, riots and cancer. I also moved during the pandemic to get away from the mold.

As of my recent meeting, in September 2020, with my oncologist, he changed my diagnosis from incurable to possibly curable.  My 4 main tumor sites have all decreased in size by approximately 50% with an undetectable PSA level.  Finally, the coupling of Eastern and Western approaches are coming together in my own body, in that what I have been doing holistically along with medication that was only supposed to be ‘palliative’ now appears to be curative, with upcoming radiation therapy.  I am still optimistic about healing myself holistically and am shifting my practice into working as a certified cancer coach to help others sift through the murky road to recovery from cancer.

This is how I got where I am today.

Tomorrow I start 9 weeks of radiation therapy 5 days a week.  The adventure continues . . .

Moving forward finishing my own healing process, I am completing my certification to be a cancer coach. I’ve been asked what being a cancer coach would do. My direction is to help men navigate what can be a very turbulent and scary process, especially when getting input from so many individuals who, while well-meaning, simply don’t understand the complications or personal difficulties associated with detecting and treating cancer. Personally it was very obvious during my own journey that the Mds I spoke with did not mention any detection or treatment options that weren’t available through their office. Without getting into the details of it, there are many choices you are not a being afforded by your healthcare provider simply because it’s not one of their services, however, you may be able to get it down the street. I had to ask point blank about several options that simply were not discussed until I brought them up. Also, having gone through this process I now realize it’s even more complex than I realized as there are 15 stages of prostate cancer.

My hope is to help men with early detection – coaching and ordering labs to rule out or confirm the likelihood of prostate cancer even before seeing a urologist; and new lab tests to determine early on possibly aggressive prostate cancer. To address when holistic treatments are possibly helpful and appropriate or masking underlying issues. Help patients be the most informed they can be when making decisions about the type of biopsies, screening methods, surgery, hormonal therapies and radiation.

There is a huge disconnect between the urology field and oncology with regard to prostate cancer. There are many natural and supportive measure that should be taken when undergoing the different types allopathic treatments.

Give is a call to see how we can help. 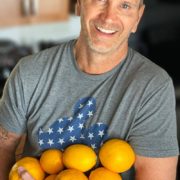 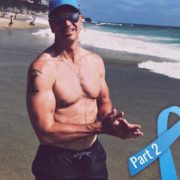 How to Catch COVID 19