Theta is the brain wave frequency we are in while we are asleep dreaming, or in a state of deep hypnosis. The ‘Orion Technique’ utilizes the ‘theta’ brain state to pull and correct negative ‘core beliefs’. In other words, conscious or unconscious beliefs that have blocked your ability to succeed in areas which are important to you – love, career, health – and replaces them with a belief system that supports your goals and needs. It can be useful for anything from the removal of a disease to improved mental health and well-being. In Thetahealing (as taught by Vianna Stibal) the practitioner through prayer and accessing a ‘theta state’ works with the co-creative force of God by asking God to find the dysfunction or ‘dis-ease’ in the body, show us the cause and ask God to correct the problem. The practitioner is there to be a witness to the changes made in the body. Recurring illness can be due to several reasons, among them being core belief issues that manifest the illness originally or constant exposure to toxins.

“Happiness is the meaning and purpose of life, the whole aim and end of human existence.”

Core beliefs are programs that run the body. Our brain is like a super computer that maintains our body, shapes our perceptions and reacts to the outside world based upon the core belief programs. We react to life based upon our core belief programs. For example: The program “I’m stupid” – this could come from a simple offhand remark from parents to a child who spilt their milk and a parent or authority figure out of frustration says … “why are you so stupid, watch what your doing”. The child under the age of six has very little or no discernment about the “TRUTH” of what is being said around them, their mind assumes that the parent knows everything and they must be stupid. So now the child has in their subconscious mind the program “I’m stupid”. As the child grows up they may accept the program of “I’m stupid” and act accordingly to perpetuate this program of not doing well in school for example, or they may want to disprove this by working harder to not be seen as ‘stupid’ but it will be harder for them. They may do well in school and be told how smart they are, which now creates conflicting programs in the brain of “I’m smart” and “I’m stupid”. These conflicting or dual belief programs may stop a person from taking action in their life, or they may do things to facilitate both programs. In this case, they do well in school but they unconsciously do other things which result in them saying to themselves “I’m so stupid why did I do that”. How many of us hear ourselves saying that?

Listening to our Self-Talk shows us what kinds of programs are running in our brain and how the negative ones stop us from getting where we want to be in life. This is called self-sabotage, purposefully doing things subconsciously to block getting what we want.

Theta Healing can be a great way to open doors by removing negative programs which allow us to move forward and achieve what we want in life.

These programs come from 4 sources:

Subconscious Programs: The example just given above is an example of how programs can get in our subconscious as a child, they also can come from repetition or poor discernment later in life – i.e. believing everything about your self that other people say about you.

Another example of this is: Two brothers are told by their father “your stupid and will never amount to anything”, the one brother works hard against this program, using his free will, he becomes wealthy and successful. The other brother resigns himself into believing in that program and never tries to succeed at anything. As adults both of them still have the program running. The successful brother can never relax and enjoy his life, because he is always fighting against the program since he is afraid of being a failure. Using the theta technique to cancel the negative program and replace it with “I’m successful, I deserve to be successful”, allows the successful brother to relax and enjoy the fruits of his labor. The other brother now has to take action to be successful, but is obviously harder for him because he has not had the practice of doing things to become successful. This brother would need coaching of some sort to get his mind to shift around a new paradigm.

Genetic programs: These are programs for everything from eye color, to the way talk, these are intuitions and there are programs similar to subconscious programs above. How these come from your parents DNA and their parents DNA and so on. So many of these programs can be very out dated. They may have been necessary 300 years ago – like the program “I need to hide” so that a person during that day and age wasn’t killed, but would be stopping you from enjoying life now. There are also a lot of religious based programs from other time periods which are not very loving – e.g. “God’s a punish God”, “I’m a sinner, I need to be punished”, “I don’t deserve to live”. Such programs could be a reason a person’s body has accepted a disease like cancer. These programs as well as deep genetic programs tend to be the causative effect of predisposing our body to an illness or a disease. These programs may need to be cancelled in order for the body to rid itself of the disease.

Deep Genetic Programs: Are similar to genetic programs but go much further back in the DNA and may be what is termed a ‘past life’. A person who remembers a past life – may be picking up on their own genetic line which they lived then or it may be a past life which is not related genetically.

Soul Level Programs: These are deep programs which are carried with the soul. Most of the programs that influence our lives are not on the soul level, but if they are they can have profound effects on our lives and health.
Dr. Kenneth Best, D.C. is a Los Angeles based chiropractor, who also specializes in Applied Kinesiology (“AK”) and Thetahealing™. Dr. Best, D.C. has helped thousands of patients heal through combinations of physical and energetic therapy and spiritual guidance to change the inner being. Dr. Best, D.C. has developed a program utilizing the tools for inner change, as a result of these healings, called “Rewriting Your Life™.” Often called on by the entertainment industry for his abilities, Dr. Best, D.C. has been the onset chiropractor for 24, Alias, Brothers and Sisters, Minority Report and has his expertise with the viewers of Extra, The Doctors, KCAL News, and Fox 11 News in Los Angeles.

Neck Pain and Whiplash
Many people are afraid of the traditional chiropractic adjustments to the neck . . . don’t worry Dr. Best Chiropractor offers low-force and non-force techniques to reestablish normal movement back into the neck and the entire spine. Adjustments to the neck can are tailored to an individuals needs as well as what they are personally comfortable with. Neck pain is best treated by a chiropractor in the early stages before it becomes degenerative.

Whiplash commonly caused by an auto accident is often ignored by many people thinking the pain and soreness will go away on its own; often the pain will go away but the underlying problem becomes worse over the next few years resulting in degenerative conditions. Serious injuries like a car accident should not be overlooked.

Arthritic Joint Pain
Nutrition can play an important role in reducing symptoms of arthritic joints. The key is to increasing joint flexibility while reducing pain and inflammation with cold laser therapy, and balanced muscular structure around the joint.
Knee injuries and shoulder injuries are common problems where often surgery can be avoided with early treatment. Vibration training may be used to rehabilitate injured joints, ligaments and muscles.
Often a simple sprained ankle left untreated, for example, becomes a “weak link” with re-injury to the area on regular basis. It may also cause favoritism of a limb leading to other injuries and degenerative conditions. 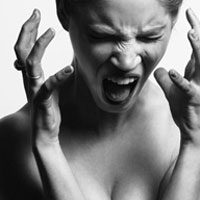 Headaches and Migraines
Tension headaches are the most common headaches helped by a chiropractor. Tension headaches usually arise from trigger points in the muscles behind the neck, at the base of the skull or in the upper back. Activation of these points refer pain which goes up the neck often up and around the base of the head to the eye. Trigger point therapy and adjusting the neck by a chiropractor gives relief to these factors. Migraines and their origin may be more difficult to pinpoint, often arising from emotional, food sensitivity or other allergy triggers. Dr. Best Chiropractor is skilled at finding many of these underlying triggers relieving the the frequency and duration of migraines.

Sports Injuries
Dr. Best Chiropractor specializes in sports injuries and has worked with Olympic and professional athletes to martial artists and personal trainers.

Dr. Best Chiropractor has unique approach to realigning the muscular system and the joints in the extremities through Applied Kinesiology and laser therapy.

Did you know in the shoulder girdle alone there are 17 muscles that have to work in concert with each other or joint pain can easily develop.

Back Pain and Sciatica
You may have never realized how chronic or intermittent back pain can make your life miserable. Chiropractors may help relieve your pain whether it is caused by an acute injury a simple misalignment of the spine. Chiropractic works to treat low back pain that may radiate throughout the spine by finding the treatment that works for you. Chiropractors are licensed to use cold laser therapy for acute pain which is due to inflammation.

Wellness Care During Pregnancy
Did you know that keep your body aligned can make a difference to your physical health and your baby to be? Safe and gentle adjustments during pregnancy may alleviate not only back pain, hip pain, knee pain but reduce the overall stress of being pregnant.